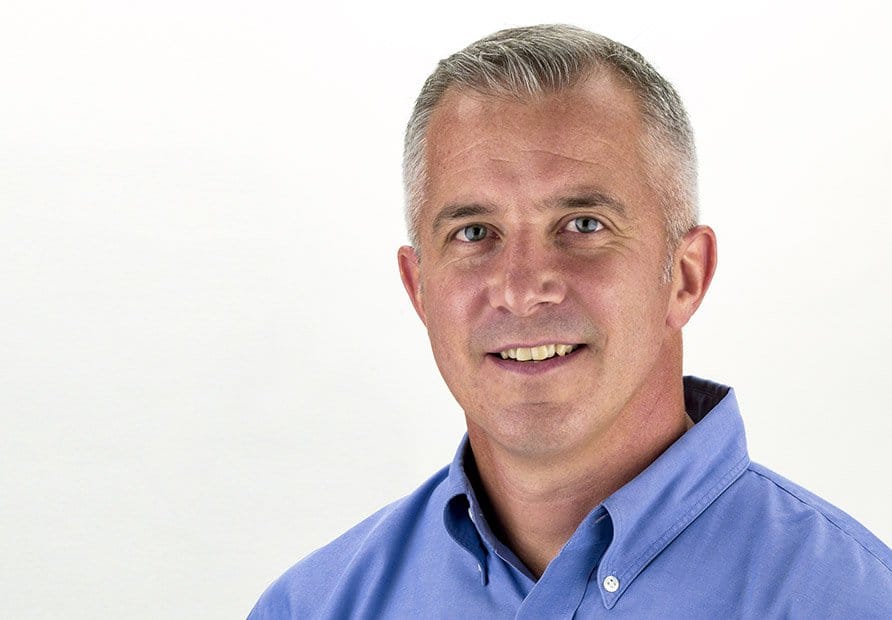 How long have you been at Converse?
I’ve been in the Nike family ten years, and exclusively Converse for five. Previously I was with a defense contractor and a law firm. And before that, I was an infantry officer in the Marine Corps, active duty from 1989 to 1993.

So what led you from defense to consumer products?
I was training for a marathon and went to the Nike website to find sneakers with forefoot cushioning. And then I explored the jobs section and stumbled upon a legal role here in New England. I said to my wife, “They're describing ME.” And she’s like, “Yeah, that's weird. You’ve got to apply for that.”

What’s the purpose of the Veteran’s Network at Converse?
We're a networking group and a two-way window. Employees see what the military does, and military personnel see what Converse is all about. We’re not rah-rah, pro-military from a policy standpoint, we just want to raise awareness, like observing Veterans’ Day. Even though only six or seven employees in a building of 700 people have served active duty, 95 percent of us have some connection to the military through friends or family members. It’s neat to see how connected Americans are to the military, and Converse is a cross-section of that population.

So what kind of events does the Network do?
This year we did a flag planting at the Boston Commons. And we hosted the US Navy War College to help their international officers learn about American companies and our business practices. We had 55 officers from 52 countries walking around the building in their dress whites. It was pretty awesome. Oddly enough, our WHQ was originally built by the Submarine Signals Company in 1908, the same year Converse was founded, so it opened up a conversation about the history of the Navy and Converse and our connection to the military in WWII and Vietnam, and even what Navy Seals like in footwear today. That was a fun event, and we hope to do it every year now.

Why should companies hire veterans?
That’s what I help HR to understand. For example, we don’t need machine gunners at Converse. But someone who can work in a high-stress environment, who can train people in very technical fields, who’s used to a very high degree of operational discipline, if they can push through difficult circumstances and manage a particular program, and lead small or large teams, these are very practical skill sets and demonstrated leadership that apply anywhere. It's about appreciating the intangibles you get when you hire a veteran.

How would say Converse is different than Nike?
We wear many, many hats, and we're also all located in one building, so people don’t have to email, they come to your door. And it's really fun when I can take a lesson learned at Converse, where we can move a bit more nimbly and take risks at a smaller scale, and be sort of an experiential petri dish and tell NIke, “Okay try this but be aware of A, B, and C,” or, “Don't even think about it.”

What's the most Converse experience you’ve had so far?
I'm not really impressed by celebrities. But Dr. J. came in last year as part of our Diversity Networks launch and I was thinking back to all the highlight reels I saw as a boy, and I was just awestruck. I thought I could handle it, but nope, I was a little kid again. It was fun to feel that emotion and I think this is what Nike and Converse aspire to with their marketing and products. At lunch, the seat next to him was open and I said, “Mr. Erving, I'm taking this seat,” and he's like, “Please do, but only if you call me Doc.” He signed a sneaker for my son. It was so fun being in the room with this guy. That was a really memorable thing that would never happen outside of these four walls. It was a really Converse moment.

If you could describe Converse in one statement, what would you say?
“It’s exciting—it’s not work!” I live in Maine, so I have a really long commute. When I describe it to people they say, “You're insane.” Like, normal people don't do that. But they do if they have an opportunity to work here. It's just so much fun. And how many places can you say that about?

Meet Alexandra L., Director of Procurement and leader of the Women’s Network—part of the Converse United family promoting diversity and inclusion.